Contract Management Challenges Around the Transition from LIBOR to SOFR 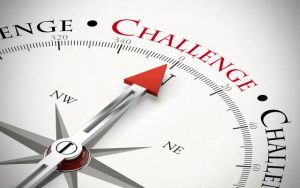 Of all the important dates that feature on your business calendar, the 31st December 2021 should be the most prominent. This is the date on which the London Inter-Bank Offered Rate (LIBOR) will be discontinued, and the Secured Overnight Financing Rate (SOFR) will take its place. This transition has monumental ramifications and will affect businesses around the world. Indeed, it is estimated that trillions of financial contracts rest upon LIBOR, and will therefore require remediation.

So, how did we get here, exactly? To put it simply, we got here through the manipulation of interest rates.

LIBOR is the interest rate average, now calculated by the Intercontinental Exchange (ICE), using estimates submitted by the leading banks of London. Every day, a panel of London-based banks are asked for the current rate at which they could borrow funds from other banks, using interbank offers. The average is taken and several, separate LIBOR rates are reported for different currencies and lengths of debt. Since it was widely adopted as the standard rate in 1986, it became the primary reference rate in financial and commercial markets.

Serious questions were raised about the reliability of the LIBOR rate in 2008, when the ‘credit crunch’ took hold. Various investigations by a number of authorities resulted in multi-million pound fines being issued to financial institutions in 2012, after attempts to manipulate LIBOR were found. As a consequence, the Federal Reserve Bank of New York led the creation of the Alternative Rates Reference Committee (AARC) in 2014, the mandate of which was to assess the viability of alternative methodologies.

In 2017, the AARC officially recommended the Secured Overnight Financing Rate (SOFR) as the preferred alternative to the US dollar LIBOR. This uses actual borrowing costs – based on real transactions – rather than estimates. Though it does not rule out the possibility of manipulation, it is a method of calculation that carries a much lower risk.

While contracts that end before the 31st December 2021 are essentially unaffected, the challenge lies in the trillions of contracts that refer to LIBOR, and extend beyond that transition date. There are multiple issues to be dealt with regarding these contracts, and it is vital to begin this process as early as possible. The core steps that need to be taken are as follows:

In addition to the remediation of existing contracts affected by the LIBOR to SOFR transition, it is good practice to initiate a contract policy requiring the inclusion of ‘fallback clauses’ in newly minted contracts. These should clearly explain how your business intends to calculate the difference between LIBOR and SOFR and should become part of your standard contract library.

When we break down the task of LIBOR cessation preparation in this way, we can begin to truly see the scale of what is required in relation to business. While each affected contract needs its own assessment, a methodical, standardized approach to the task as a whole will yield the optimal results you need, in a timely and efficient manner. The best way to achieve this is with a fully customizable Contract Management Software package.

The task of identifying affected contracts needs structured filtration – that is, a facility that allows you to filter your entire range of contracts by very specific criteria. This way, you can systematically narrow down your contract repository, ultimately leaving affected documents easily identifiable. Once the number of contracts has been reduced to only those needing remediation, this same search facility can be used to categorize contracts according to the nature and level of impact, bringing further clarity to the task at hand. Ordering your contracts library in this way also assists with the assessment stage, as the context of each document is clearer, and therefore easier to factor into the decision-making process.

Determining the nature of the remediation required for affected contracts is a stage that needs specific documentation, for auditing and accountability. Businesses need to be able to track changes, monitor progress made, and maintain surveillance of milestones and deadlines. This is where Contract Management Software provides an unparalleled advantage.

With fully customizable notifications and reporting, the right package can ensure your targeted approach to contract remediation remains closely supervised and on track for completion by the 31st December 2021. Moreover, with a centralized repository, all documentation and reporting that pertains to individual affected contracts are stored securely and in easily searchable directories – something that is vital for the support of auditing and accountability strategies.

While the transition from LIBOR to SOFR is often publicly discussed and debated as being a seismic event in the world of business and finance, its overall impact need not be so damaging to the fabric of your enterprise. With careful planning, the proper allocation of resources, and the right Contract Management Software package, the date of the 31st December 2021 can be considerably less daunting than it first appeared to be back in 2017, when the need for the transition was announced. Indeed, this transition process can be viewed as a necessary investment – because your contract repository will be fully prepared for any such event in the future. 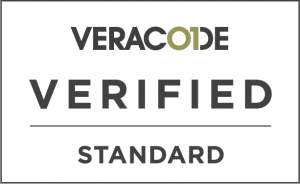 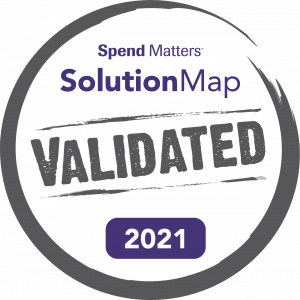